Thank you for visiting!

We know how vital compliance and implementation concerns are to a firm's success and we want to support you in any way we can. Please fill out the form below for assistance with our products or services. A MGL representative will get back to you as soon as possible. 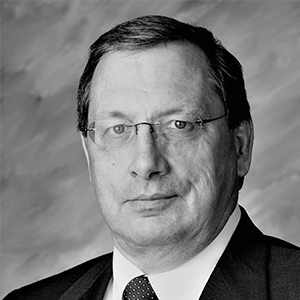 Bernie serves as Chief Executive Officer of MGL where he is responsible for consulting with clients regarding broker/dealer and investment advisor compliance; oversite of MGL’s audit teams; and acts as a senior regulatory liaison on behalf of our clients. He has worked in the securities industry for more than 37 years, including roughly 20 years on the regulatory side with NASD (nka FINRA), and more than 10 years on the industry side. Bernie began his career with FINRA in 1986 as an Examiner and worked his way up the ranks to the position of District Director where he served for 5 years. During his tenure at NASD, he was awarded the Excellence in Service Award twice, once as a District Director, an accomplishment no one prior to him had achieved, and very few have achieved since him. Bernie received this award in recognition of his outstanding service quality contribution, performance, leadership abilities and commitment to goals of the organization. After leaving NASD, Bernie opened Bernerd Young & Associates under which he provided regulatory consulting services and served as an independent distribution consultant at the request of the Securities Exchange Commission from 2004 until 2010. Additionally, he provided expert witness and litigation consultant services on numerous regulatory enforcement actions. In fall of 2006, he joined Stanford Group Company as Director of Compliance. After FINRA granted him full waivers of the Series 7 and 24 licenses (based upon his depth of knowledge and experience), he became Chief Compliance Officer for the U.S. broker/dealer. Mr. Young left Stanford Group Company in February of 2009 and joined MGL shortly thereafter. He has also served as Chief Compliance Officer of an alternative investment broker/dealer where he held the Series 7, 24, 79, 99 and 66 registrations.

As a result of his position with Stanford Group Company, the Securities and Exchange Commission (SEC) brought an administrative proceeding against Mr. Young in August 2012. After a hearing before an administrative law judge and an appeal to the Commission, he was barred from the securities industry in March 2016. https://www.sec.gov/litigation/opinions/2016/33-10060.pdf. That opinion was appealed to the US Court of Appeals for the District of Columbia Circuit, which denied his petition for review and, on August 17, 2020, denied his petition for rehearing en banc. MGL has obtained an opinion letter from Eversheds Sutherland (US) LLP regarding whether Mr. Young can provide consulting services through MGL to broker-dealers and investment advisers given the fact that he was barred from the securities industry. A copy of that opinion letter is available to MGL customers and prospective customers upon request.